Psalm 25 A Psalm of Trust

Sir Samuel Leonard Tilley read Psalm 72:8 “He will rule from sea to sea and from the River to the ends of the earth.” during his morning devotions as the fathers of Confederation met in 1864 to decide upon a name for our nation. Based on that Psalm, Tilley proposed that our nation be called “the Dominion of Canada”. Canadian leaders later chose the phrase “from sea to sea,” again from Psalm 72, and by proclamation of King George V in 1921, those words became part of our official coat of arms. 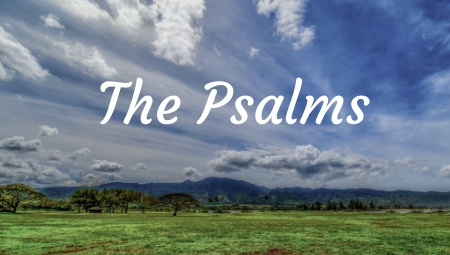 "Who Knows You Best"

"How to Live the Psalms"

"A Look at the Shepherd from Psalm 23"